Posted in the Federal Register Nov. 10, the Federal Trade Commission's (FTC's) notice of proposed rule making introduced a new stipulation that prescribers must obtain a signed acknowledgement receipt after giving a prescription to a patient at the conclusion of a contact lens fitting.

Furthermore, this "Patient Receipt of Contact Lens Prescription" form would be kept on file-either paper or electronically-for at least three years, and would state: "My eye care professional provided me with a copy of my contact lens prescription at the completion of my contact lens fitting. I understand that I am free to purchase contact lenses from the seller of my choice."

The proposed updates to the rule also assert that additional copies of prescriptions be furnished upon request, clarify the requirements related to prescribers providing prescriptions to third parties acting on the patient's behalf, and recommend using online portals for patients to access their prescriptions.

However, the AOA vigorously objects to these proposed changes and questions why the FTC did not take any steps to rein back unscrupulous business and marketing tactics that put patients' eye and vision health at risk.

"The FTC proposal makes clear that the agency is hearing from those who question whether doctors of optometry are following the law," says Jon Hymes, AOA executive director. "As with all AOA and state association successes against anti-optometry groups on the attack,

we're fighting back hard and mobilizing fully to ensure that all of our doctors can speak out, educate and inform government officials and help set the record straight."

The AOA does not condone violations of the Contact Lens Rule, nor is the AOA aware of any widespread noncompliance that would justify the FTC to take such drastic, anti-competitive actions. The AOA believes there are better strategies to achieving the FTC's goals for the Contact Lens Rule and will continue working with the FTC to determine a better path forward that does not unduly burden patients and contact lens prescribers.

The FTC currently solicits public comments on the proposal through Jan. 30, 2017, after which time regulators will consider posting a final rule or revised proposal at a future date. This is an opportunity for doctors to speak out against the misguided proposal, and the AOA encourages immediate action.

All comments submitted to the agency become part of the publicly accessible record of the rule-making process. Because some doctors may wish to make their views known anonymously, AOA will accept comments from any doctor seeking to preserve privacy. The AOA will ensure that every doctors' views are appropriately reflected, without identification, in the AOA's formal response to the agency.

Doctors are encouraged to provide their comments directly to the FTC by clicking here, and doctors can access a sample message to let FTC officials know where optometry stands.

Click here to submit private comments about the FTC proposal to the AOA, or report illegal sales practices of internet contact lens sellers.

"We need involvement and activism of all of our colleagues in our small but powerful profession to get this misguided proposal changed," says Andrea P. Thau, O.D., AOA president. "Doctors not connected to the AOA and their state associations should join us now and help amplify our message to Washington, D.C."

In addition to these formal comments, the AOA will continue fighting for the doctor-patient relationship in ongoing conversations with the FTC. Click here to read the AOA's formal comments on the Contact Lens Rule, submitted in October 2015.

Cracking down on offending sellers

Enacted in 2004, the Fairness to Contact Lens Consumers Act (FCLCA) is more than a decade old and has started to show its cracks. Online sellers exploit loopholes, sometimes employing deceptive business and marketing tactics that can mislead patients and discourage regular comprehensive eye care. "These companies and their tactics disregard the patient protections put in place by the 2004 FCLCA. They are undermining, anti-competitive and pose a clear and present danger to patient health," says Jeffrey Sonsino, O.D., chair of the AOA's Contact Lens and Cornea Section, who addressed congressional staffers during a briefing on Capitol Hill in October.

Complaints from doctors of optometry, other eye care professionals and consumers have raised concerns that some online sellers do not properly verify prescriptions, promote large purchases far exceeding a prescription's validity, sell lenses to consumers with expired prescriptions, or fill orders with lenses other than those that were prescribed.

In fact **, a 2015 consumer survey found **that among contact lens patients who ordered their lenses online:

The AOA continues to alert the FTC to despicable business practices that mislead patients and catch unaware consumers off guard.

The AOA reported 1-800 Contacts' use of a pre-checked box hidden at the bottom of the company's contact lens order form that attempted to claim patient agency in obtaining prescriptions. In the weeks following, 1-800 Contacts' website was corrected to address these concerns.

Reports of FCLCA and Contact Lens Rule violations are critical to the AOA's ability to advocate for policies that better protect patients, and the AOA urges doctors of optometry to continue reporting issues through FTC's online complaint system.

Doctors must be in compliance with the law, and the AOA offers resources to assist members in meeting such requirements. 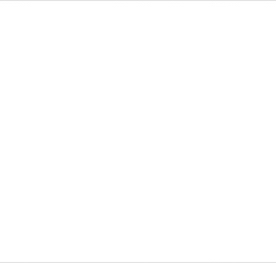